The Backwater Swomp Lite Glider Kit 12-16 HP Water Test is what people wanted to see after they saw the Backwater Kit Assembled. So here it is…

Assembly video if you haven’t already seen it along with the article. 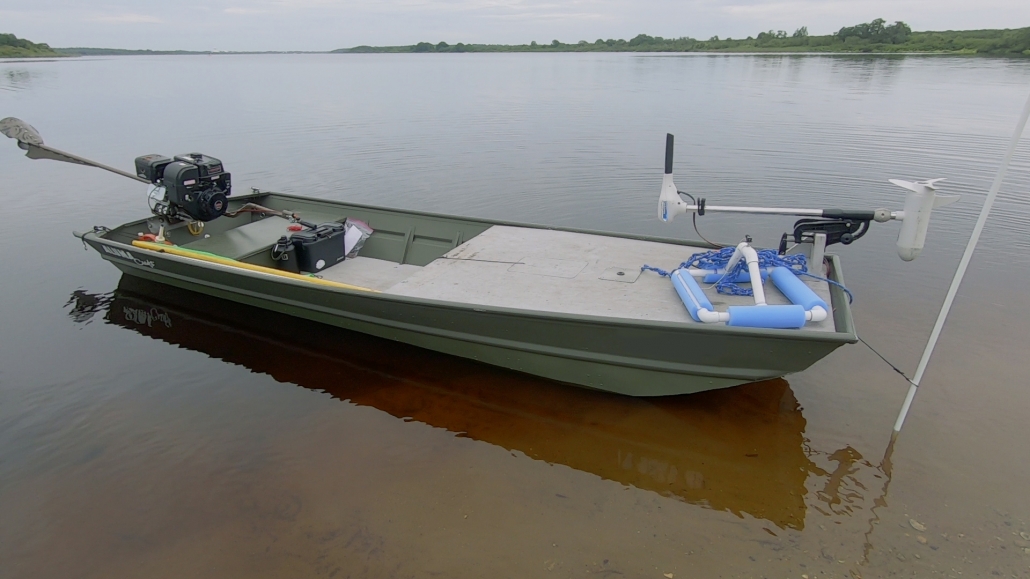 Trailering with a Backwater

Trailering with the Backwater has been different and is something to touch on.

For my Backwater 12-16 kit and the 13hp Predator, the setup wants to fall tiller handle down.

With this, when I am trailering the rig, the tail wants to rise up. I always put a strap over the top of it to keep it down but it adds added stress in that manner.

Also, the skeg now rests on the rear seat so I have to create a rub stop to prevent the long tail skeg from denting/scratching the seat. I used two 2×2’s, screwed them together, and put the skeg in between them. That way I could pull this block of wood off of the skeg when I wasn’t trailering it. I then strapped the shaft down like a would a normal longtail. 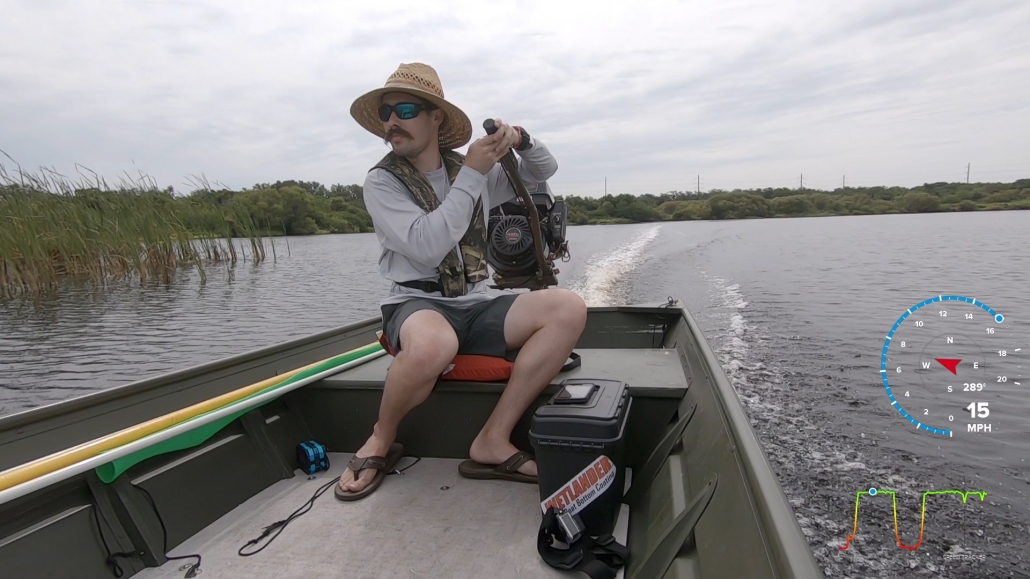 I warmed up the engine by idling around the lake. I was averaging about 4mph @ idle, maybe touching 5 mph depending on wind and current.

The prop wanted to dive down deep but I didn’t have to fight it that much.

The first thing I noticed was that there was a lot of vibration. A LOT. I was hoping this was because the Tracer Plate wasn’t shimmed properly so I continued to warm up the engine.

After warming up the engine, I let the engine rev up and let the Backwater cruise. It had a different feel to it when compared to a Thai longtail. It did not take much effort to keep the prop in the water but I still noticed that strong vibration.

The max speed I reached was 15mph. I also saw that the Tracer plate was diving a little bit so I stopped, added a shim, and then started running again. Adding the one shim made the tracer plate ride where I think it is supposed to. Right at or right below the waterline. If I put any downwards pressure on the handle the prop would jump out so I feel like adding another shim would be too much. Still, I was only getting 15mph and bad vibration.

So I drove and cruised and put 3 hours on the engine. Never going above 15mph and never really dropping either. The throttle lever was difficult after a while with the heavy vibration so I normally only drove for 15 minutes and then took a break for 5 minutes.

After I put a couple of hours on it, this is what my thoughts are:

So now I need to call/email Backwater with the issues & questions I have and see what they say about it. After I talk with them, I will put all the updates in a new video.